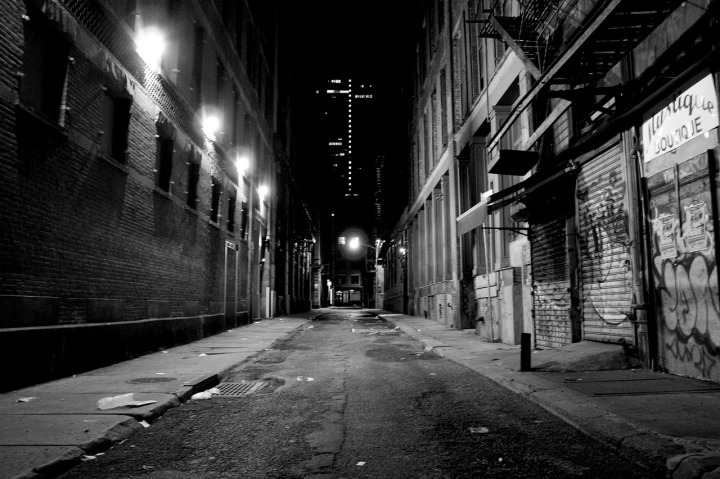 After midnight, things slow down because most people are heading home, already home, and snug in their beds, or someone else’s bed, you have to think about that every once in a while, after midnight. Friend of mine, who never was very good with women, stopped to help a woman change a tire, they went to a bar and drank together, and he wound up in bed with her at her place. He was working out of town and didn’t know the place very well so when the husband came home and chased him out of the house, naked, he simply walked down the road in the buff, waiting for someone to call the cops, and they did. The bad thing is they had taken her car back to her house and he had a hell of a time remembering what her house or her car looked like, but they settled on the only house with lights on and people screaming at one another.

People with guns, I am here to tell you, put them down when the cops get there because cops react poorly to your second amendment rights, after midnight. They aren’t interested in your NRA lifetime membership pin or the fact that you considered going into the military to be a sniper before you decided that factory work was so incredibly similar that you decided there was no difference after all. My friend retrieved his clothes and his wallet, while one of the cops stood over a recently disarmed and soon to be divorced man.

I can stand in the back of my truck and feel the weird coming off the asphalt like the residual heat of a Summer day. The sun leaves hot energy in the pavement and so many people going by leave their strangeness here too. After Midnight, those left around to feel it absorb it, and alcohol just makes it sink in that much deeper. It’s in the air like a mist. If that sounds strange it’s because it is. Yeah, baby. Midnight.

It peaks around three. Between Midnight and Three, sex, drugs, alcohol, music, and the road are going to bear witness to some story someone will tell about all of the above in some way. I got into the back of a pick up truck when I was nineteen and rode all the way from Yulee Florida to Jacksonville with a young woman whose name I still cannot remember. It was late, we were drinking, we were young, we were stoned as hell, and now I wonder if anyone saw us and tells the story about two people in the back of a truck going down the road having sex on I-95?

The next time you’re out that late, if you aren’t creating the story yourself, with some help from someone you might have just met, if you still do that sort of thing, and wonder what you’re seeing in those cars and trucks passing around you. Why are they up this late? What on earth are they doing? After Midnight, you are either doing, or wondering abut the doing.

Some guy who never gets out of the house decides to go with a friend of a friend to go get a women out of her house, all of her stuff in the back of his truck, two cats, and a guitar, while her husband is at work. He pulls up, backs in, the woman and his friend of a friend get everything loaded in less time than it takes to think about dying of gunshot wounds, and suddenly there he is going down the road listening to the sound of two unhappy cats in the back seat of his truck and the woman tosses her cell phone of the truck at a sign. Her name is Robin and she’s escaping a truly bad marriage and no one who knows her knows where she is going and who she is going with. She filed for divorce this morning and now she wants to be a state away by the time the sun comes up. Small talk fills the cab of the truck, and Robin tells him she’s really grateful that he’s doing this, and she was afraid her soon to be ex would kill her cats, and they talk about why one of the cats is named Houdini, and the other is Fuse Box. Four hours later they’re making a transfer, at a truck stop where she has to go do something before she is handed off to another friend of another friend, and the woman and the cats are gone, forever, because past this point they will never meet again, and he realizes they shouldn’t. He stands back and watches the pickup truck disappear and the cars around him zoom past and no one thinks he might be standing there wondering who he just never met.

I watch traffic go past and I wonder if someone has just found love, or if someone is leaving, or if someone who just found love is being left by someone on the run. A woman I know lived with a man for five years then married him and had the marriage annulled after a week, and moved in with an ex-boyfriend who had no idea she was serious about someone else or getting married, and damn, you know, it’s hard to guess that sort of thing when you see a car go by, isn’t it?

There’s a truck that weaves in and out of traffic, a man driving hard, and he’s trying to track down a woman who left him, and he’s got a device on the collar of a cat, but a semi-truck has that device duct taped to his bumper, and the driver doesn’t know it. He’s hammered down on I-75 going north, heading towards a loading dock in Indiana, and in two hours a pick- up truck will cut him off in traffic, and his loaded truck will go right over the top of it as if it weren’t there at all. The cat collar will be destroyed, and the truck driver will always wonder what the hell that guy was thinking.

The crazy sounding guy on the side of the road that no one really sees is actually an emissary the one true god, who only wants people to paint more. Yeah, odd thing for a god to want, but you’ve heard stranger shit in church and never batted an eye. We never stop to think the people on the side of the road are aliens, come from faraway places, and this is the best way to be ignored no matter how weird you look and sound.

It’s after midnight. The normal people have fled the scene. They’ll get eight hours of sleep, wake up feeling refreshed and ready to go. Coffee is not a ritual of desperation for these people, no. They’ll never sit down at a park bench with a cop who just disarmed an eight year old walking across town with a .22 rifle in his hand, mad at his dad, going to mom’s house in his pjs and a hunting cap.

2 thoughts on “After Midnight”