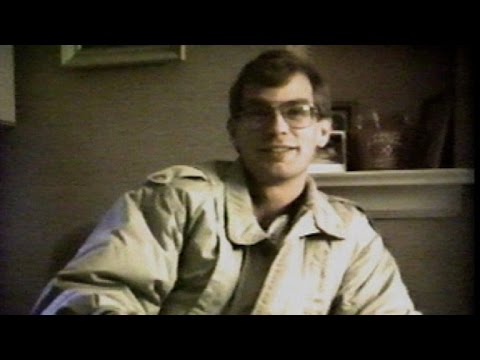 I watched the movie, “My Friend, Dahmer” yesterday, and there was no way for me to know what to expect. I knew it was based on a book written by someone who knew Jeffery Dahmer in High School, and I expected that. I didn’t realize I was going to be walked through a serial killer’s life as he went through the four years of the hell that High School can be for some students. Dahmer graduated a year before I did. He and I were nearly the same age, and he graduated a year before I did, I in Georgia and Dahmer in Ohio.

Dahmer was a troubled young man who began drinking early in life, after his parents’ divorce. His drinking caused a deterioration in his school work and his already limited ability to socialize. The circle of friends he did have, including the man who wrote, “My Friend Dahmer” considered him to be a sort of living side show, their personal circus freak, and having no other socialization skills, this is the direction Dahmer took. The film shows a very slow descent into hell from a place slightly less worse than hell.

That was High School.

I hated every day of High School. I hated every moment of every hour of every day of all four years of High School.  I would rather have to pee on an electric fence once a day for ten years than relive one year I spent in High School. The movie shows the niggling torments of upperclassmen, the indifferent girls who have their daddys’ money and a sports boyfriend, and the petty tyrants that some of the teachers became. It was like a walk through of my time there. It made me squirm with recognition.

How did any one of us stay sober when having to deal with those kinds of questions?

I started drinking before High School. I was smoking pot in the eighth grade. A girl named Candy was my designated Taxi if I passed out in class. She would drive me home and leave me in my car, semiconscious, and someone would pick her up. I lost about half my senior year that way, I think. I really don’t remember. There’s a scene in the movie where Dahmer is drinking out of a half pint bottle at the corner of a building, and that was me.

I’ve had people tell me the best four years of their lives were in High School. I’m more than a little skeptical about these claims, and I wonder if they wasted the rest of their lives doing something they hated. I was on the outside looking in, but I never saw anything in there that looked like it was life.

In the movie, one of Dahmer’s friends pretends to be part of the school newspaper, and goes to visit a former Homecoming Queen who, after graduation, still lives in her hometown. He asks her, “What is it like knowing your best years are behind you now?” And she slams the door in his face. But isn’t that what people are saying when they tell me the best four years of their lives were in High School? Isn’t that really what High School is all about anyway? It’s a social club where people can go and be social and know other people who are social. It’s where the same kids that played well on the playground play on the football field or the basketball courts, and the cute girls are cheerleaders and then suddenly, four years later, the doors open and they’re dumped on the street with the rest of us, who at worst, are acclimated already to a world where no one from a small town has any true meaning past their parent’s doorsteps.

So they have kids. And it starts all over again.

One scene in the movie shows a teacher with his head down on his desk, obviously out of it, drunk, stoned, but still demanding the students behave, and likely he taught their parents, and he might teach their kids. The teachers play their parts in all of this, and they never reach escape velocity either.

Dahmer kept drinking after High School, and started killing people. He was already killing animals. That was something I never did, and never will do, is harm animals. Dogs were my only real friends when I was in High School, and I think part of my love for rescue is the debt I owe them for keeping me as sane as I was. I knew I could be loved, if only by dogs and not by people. That was enough to keep me alive those years ago, and now I help keep them alive.

Are there those of us, Lost Souls, who cannot reach into the community of human beings, so we retreat, into books and into drink, pot and poetry, and we simply find other loves? Do we accept our fates and seek out those we see reflected in our own lives, strays, abandoned, cast away love, and those who never had a chance? Isn’t that what normal people do, when they have kids, is recreate a world they once loved, because the one they live in now no longer accepts them as special and brilliant?

I wonder if this, and this alone, the compassion for other living creatures, is what Dahmer was truly missing in his life, and if High School merely whetted his appetite for revenge against a universe that deprived him of a basic emotion of compassion? Deprived of humanity in the sense of an emotion, and bereft of humanity as a group of people, maybe Dahmer simply decided to create a world that devalued human life, and human bodies, and all things normal people hold sacred.

Me? I think I’ll stick to writing and saving dogs. Whatever happened to him in High School didn’t make Dahmer what he was, and it didn’t stop me from becoming who I am, either.

This is a text widget, which allows you to add text or HTML to your sidebar. You can use them to display text, links, images, HTML, or a combination of these. Edit them in the Widget section of the Customizer.
%d bloggers like this: