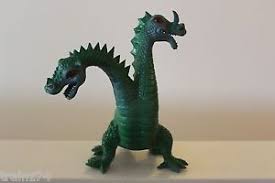 Being in a committed relationship with my home, my money, and my sanity, I decided long ago never to marry again. In the passing years, friends of mine, various and sundry married men, have arrived at my doorstep each with a sadder story than the next, and each one discovering that there are issues I have no interest in involving myself in, ever. The first is violence. Sorry, Charlie, don’t darken my door. Alcohol, is next, and also, nope, I drink, but it doesn’t affect my life and if you have a problem with alcohol then you won’t affect my life either. And lastly, infidelity. You’re married. Act like it or leave her.

I try to weed out those people who think moving into a house in the woods with a bunch of dogs and a Hermit is a good idea. If you’re on the run from something, chances are it’s yourself.

Sex issues are now on the list of things that will cause me to not let you sleep on my sofa.

Any of you women want to field that one for me? I’m not sure I can get the anger level that high.

Worse than worst, he got caught sneaking around to have sex with himself. She fired up her cell phone app that lets her see what’s going on inside their house, and other than the cat sleeping on the kitchen counter, everything looks good. But then her husband arrives, opens his laptop and connects with the widescreen, and even though she can’t see what he’s watching, it is clearly something that excites him. She captures the video and then ambushes him with it later.

First, she goes asks him how many hours he put in for the week and he tells her that he’s missed a couple of hours here and there because of rain. Rain? Yeah, it rained yesterday on the project. Rained on the project so you lost some time, did you? And her tone of voice lets him know she’s got something on him, but he digs the hole deeper. Yes, lost time due to rain, you can call my boss. At that point, she is to understand he’s got help in getting off to get off, or at best, his boss will lie for him and he knows it. She files this piece of information back for a few moments.

Busted. Red handed, in a manner of speaking.

So now he’s in truly hot water and he ought to bail out and beg forgiveness but he tries to vamp his way through it. He’s been pretty good about clearing the history of his browser on his laptop and he shows it to her, thinking he’s slick enough to salvage the situation. Okay, I did that once, or twice, but it’s not like I do it all the time.

But this is a tech savvy woman who knows a few things about hiding things and finding things. The first thing she gets out of him is his password, and then she changes it while he’s trying to explain everything to her. Then she starts looking around at who he’s emailed, and sure enough, there’s an exchange between him and his supervisor.

At that point, things got really out of hand, no pun intended.

Hence his arrival at Hickory Head, and his debut to homelessness less than an hour later. If your wife cannot trust you I will not.

Okay, I’m in the clear with this one. He’s been handed off, no pun intended, to someone who will let him crash for a few nights, and I can distance myself from this entirely simply by not answering my phone again.

Then she calls me. My curiosity gets the better of me and I answer. She’s madder than any woman I’ve ever pissed off, which is a remarkable feat, I must add that, and she’s ready to start legal action. Worse, infinitely worse, she wants to make sure that he understands how mad she truly is. “Tell him,” she says in a tone of voice that can only be described as venomous, “that I still have the video with the two headed monster in it.” And then she hangs up.

Unfortunately for me, I have a very morbid curiosity. I call him up and as he answers it pops into my mind to say, “Your wife just sent me the ‘two headed monster’ video” and on the other end of the line is total silence for about five seconds. Then he says, “Please, call her back, tell her I’ll give her the house, she can keep it, okay?”

A minute later I call her up and tell her what I’ve done and she screams with laughter.

“Call him back,” she purrs at me, “and tell him if he doesn’t sign the paperwork handing the house over to me tomorrow I’m sending the video to his mama.”

A couple of days pass and I hear nothing from the two of them. Then I get a text message from her with her holding a house key in one hand and a jump drive in the other. She’s grinning. In the reflection of her sunglasses I can make out someone taking the photo, but not who.