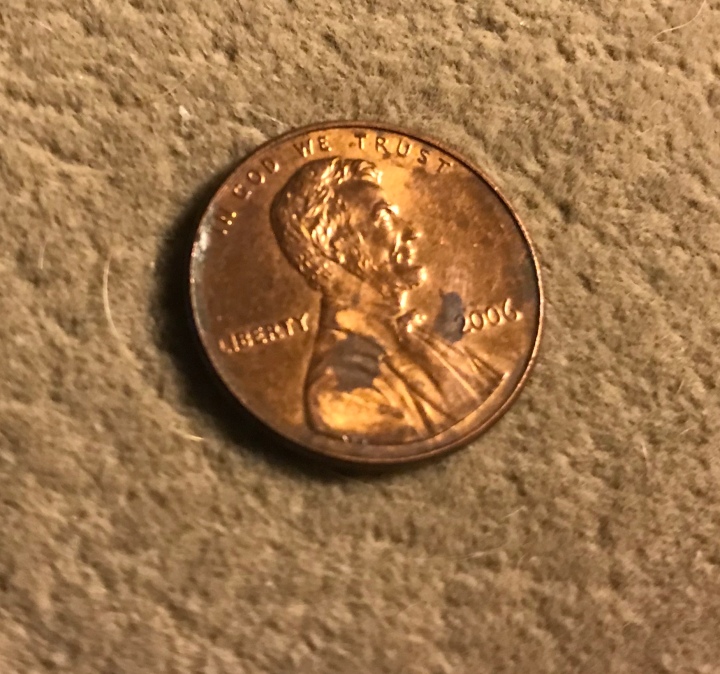 There was a time that if the power went out and you didn’t have a telephone, that was it; you had no idea what had happened or why, or if something was going to be done about it. I lived years without a phone, and of course, there were no cell phones when I was in the military. Pay phones were all there were for people like me, and I had gotten used to it. I resolved never to get a cell phone when they started becoming popular and affordable. I finally went down in 2006, the same year I started needing glasses to read. I can’t do without glasses now, or a cell phone.

I woke up tonight in total darkness and watched the lightning playing across the sky outside. It’s clearing up, finally, and the moon is no longer full, but the dreary weather that’s hung around all day is finally leaving, at least for a few hours. This is Summer in South Georgia, and it will rain in the afternoon and still be ungodly hot at night.

Air conditioning is something else I lived without for decades but I’m not sure I could now. I remember it being hot, damn hot, in Valdosta when I lived there, and about the time it was cool enough to get some sleep it was time to wake up. I miss having the sort of immunity from the heat I once had, but old age and air conditioning will take its toll. I cannot imagine the generation of human beings right now if the AC stopped working. They would all die, I think. But once upon a time people who had wells had to look at those people with electric wells the same way. I was a generation away from hauling water in a bucket from a hole in the ground. I think about that on occasion and wonder how anyone survived it, but everyone, or nearly everyone, did.

It’s hard to imagine that it’s been twelve years since 2006, but it has been. In that twelve years I’ve become older and slower and my cell phones are now intricate enough to launch rockets into space and bring them back again, but mostly I use it to send text messages to people I’ll see in less than an hour, and to check the weather at work. It’s also a damn good camera. I take a lot of photos of sunsets and of dogs. If I had to say what use of cell phone really is, photos of sunsets and sunrises would have to be the thing I use it most for, and in the end, that really is a pretty good use for the machine.

I went and had my eyes checked and I got reading glasses in 2006 because I was running out of excuses at work for taking so much time trying to read things. It wasn’t bad, but it was getting to the point people were asking me if I wanted to borrow their glasses. I remember talking to a man who said he couldn’t read the dates on coins anymore and I found that incredibly strange. Even with my glasses it’s hard to read some of the dates on some coins, and I can remember when it was easy. The man who spoke with me in 2006 about his eyes being gone and mine going died several years ago. He had quit smoking but the damage was done. I quit in 2005, January of 2005, a full year before 2006 rolled around, so I think I’m safe now, or at least I would like to think I am. I get my lungs scanned once a year, on my annual check up, and so far so good.

The moon comes out and the dog are restive. They have no idea why I’m up at this hour, when it is very clear I should be sleeping on the bed, so they can too. I have turned the AC off and opened the windows to hear frogs and night noises, and I wonder if there are people who have never heard these things at night, late, when human noises all but ceases? What noises did someone hear when they went to the well late at night, what sounds did they hear that are now forever lost to us? What was it like to stand in front of the well and look down into it, and see starts, perhaps, in the reflection of the sky in the water?

I can pull up an app on my cell phone and it will tell me the names of all the stars in the sky, tell me which stars are what planets, and what constellations are wheeling around overheard, even in broad daylight. Yet the person at the well had only memory of words spoken about stars, and might have looked up at a sky unpolluted by security lights and car lights and town lights, this person might have smiled at the sight of the Big Dipper.

My cell phone doesn’t have a dipper. I doubt anyone I know still does. Long before plastic bottles became our trash of choice, people used and reused dippers at wells, and no one ever died from it. Or mostly, everyone survived it anyway.

There’s no way for most people to go back to digging wells and sleeping with the windows open, and even I shy away from the idea of having to drink water from a hole in the ground. It’s 2018, so many years have passed since they filled in the well at my grandmother’s house, and the outhouse fell into disuse. Now I can drink water from my glass bottle while writing on a computer, and remember 2006, which was interesting for reasons I cannot bring myself to write about quite yet and don’t think I ever will. But in the end, that year has passed, this one will too, and one day, perhaps someone will wonder how we primitive people got by on so little.