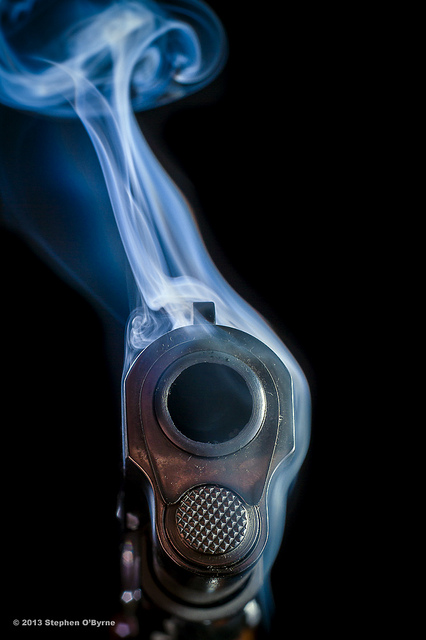 There has to be some function that dreams perform, I think. Maybe, and this is something to think about, the various parts and regions of the brain, which make up the human mind, get bored when we’re asleep, and they create fiction to be entertained. It’s four in the morning and about an hour or so ago I had a really vivid dream where a cop shot this guy in the face for playing his music too loud while we were all stuck in traffic. It was as real as if it really happened. When I woke up the first thing that startled me was it was night. The dreamscape had been daylight.

Right there, is one clue as to what was happening, somewhere. The process involved decided to change night into day. Then there was the location, Saint Augustine Road in Valdosta, near the mall, approaching Gornto Road, and across from Lowe’s. That’s all from my memory. The process went into my memory and decided to use that location as the backdrop of the dream.

Does location tell us anything about intent? I’m not fond of the mall, and that particularly intersection can be a bitch, especially the right lane where vehicles try to pull into traffic, and it’s made worse by those people who allow people in. Yes, I know. I know that it’s a nice thing to do, but it’s nice for the person who does it, and it’s nice for the person who is let in, but for the twenty people behind that person who has to sit through another traffic light change it isn’t nice at all. It would be mitigated if there wasn’t this odd delay between the person allowing someone in and that person actually pulling into traffic. The exchange takes too long and there is nothing to be done for it. It’s best just to let that one person sit through the natural progression of traffic and be done with it. I realize I am a minority when it comes to this thinking.

Next, the dream is populated with an antagonist. He’s a young guy, maybe just old enough to drive, and he’s driving an older model car that’s had a lot of work done to it; shiny wheels, lots of chrome, tinted windows, all that stuff that kills the older cars’ character. I’m not a car person. I’ve never loved a car or a truck any more than I loved a stove or a pair of socks. It would be really interesting to get a real image of the car and find out if it’s a model that exists or if my mind cobbled one together. How much of a dream is imagery and how much is merely emotions hung on ideas? What’s the difference in a dream? I’m not actually “seeing” anything. I’m experiencing emotions based on fiction my mind had derived from memory.

Or it is memory? Who is this young man? Who is this cop? I can’t see the young man clearly, only is face in his side mirror, just barely, but I see the police man quite clearly. Are they people I know who I feel a certain way towards? Do I, subconsciously, think a cop would fire seven shots into the face of a young man for having wretched taste in music? Is it in me, somewhere in my heart or mind, that I think people who play this song that loud ought to be shot? None of these thoughts occur to be during the nightmare, but after I am awake I wonder what this says about me, and if there is more here, or simply less.

One day, I wonder if I will meet a young man and think to myself, “Damn, that’s him!” or if I will meet someone who looks like the cop, but I doubt it. I’ve never met anyone in the real world who has inhabited a dream, unless they were already someone I knew. I’ve met some fairly memorable people in my dreams, mostly women, and no, not mostly sexual encounters. The closest any two people have ever come to matching, from dreamscape to real life, was the young girl I met in a dream where she was explaining her dragonfly tattoo to me, while she was in a bikini, and a young woman at a Wendy’s who put some pot in an order for a friend and accidently gave it to me at the drive through window. She realized her mistake instantly and came out of the drive through window and into my truck window to retrieve the goods. We had a very brief, but very interesting conversation while she was all but sitting in my lap, and she reminded me very strongly of the girl in the dream. Were she ten years older and I ten years younger at the time I might have driven off with her and the pot.

After the young man was shot I could smell the gunpowder from the cartridges in the air. Rarely, have I met someone who can tell me what they smelled in a dream, and I wonder if blind people dream of scents that sight people do not? Do deaf people have more acutely visual dreams that those who can hear? Did you accept the idea of being able to hear music in a dream yet slightly balk at the concept of the smell of gunsmoke?

I can see this nightmare being part of a short story. Someone witnesses a murder and it turns out to be a mafia hit or a revenge killing. The video shot by the person who witnessed the shooting realizes there are subtle clues in the video, reflections in the rearview mirror, reflections in the windshield, that might give his identity away. But the video is viral now, and how long before someone discovers who he is?

The things my mind does when I am out of the driver’s seat disturb me, betimes. Yet I have to remind myself that I am asleep when this occurs, and that I have no control over what happens on the screen when I don’t pick the movies.

But seriously, that song is going to drive someone to homicide one day.