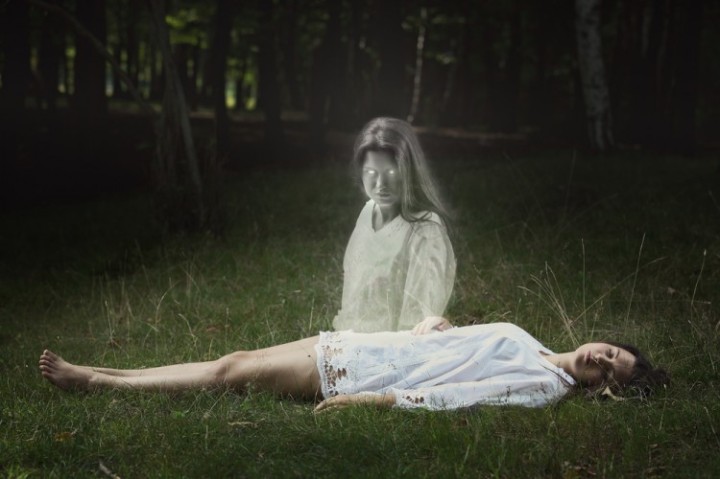 Good evening, and welcome to the Annual Firesmith Halloween Ghost Story. It’s not always about ghosts, but this year, it is, actually. We will do one part every night until Halloween Night, and it will end there. This year, the story is rated R for content, but not necessarily violence or murders, as per usual. Enjoy. I bring you the Death of Clara Strickland.

George had gotten clever in his attempts to catch her at cheating, Clara had to admit that, and because he was trying to catch her, Clara knew George already suspected. How long he had known, or thought he knew, before he started acting on those thoughts, made Clara think about what she was doing and how she was going to keep doing it, because she certainly wasn’t going to stop. Brad was a much better dancer than George, much better looking, a thousand times better in bed. And George had not given much thought to the new man being more of a man than he. George thought that moving his weight set into the garage meant there wasn’t enough room for another car.  And George knew the nosey neighbors would rat Clara out if there was a strange car parked in the driveway overnight. Clara smiled. Brad had that weight set moved in just a few minutes while George had taken an hour or so. But Brad had incentives that George had lost. Clara smiled. Brad was getting breakfast in bed and… Clara reached for a frying pan and it slipped out of her grasp. No, it was stuck in place, she couldn’t pull it out of its place in the drawer. No, wait. Clara reached for the pan, put her fingers around the handle and they slipped right through the steel handle. Clara looked at her hand. She flexed her fingers and tried again.

“Uh, hate to tell you this girl, but you’re dead,” said a woman standing in the corner of the kitchen.

“What?” Clara was stunned. “What do you mean I’m dead? Who the hell are you? How did you get in my house? Get out or I’ll call…”

“The cops?” The woman laughed. “Excuse me Mr. Po-lease Man but there’s a ghost in my house and I’m a ghost, too.”

“You’re a ghost?” Clara tried to pick up a knife and couldn’t. She couldn’t turn the water on in the sink or pick up a glass. Nothing was working.

“I’m Amy Waterman,” Amy said, “your neighbor, Jackie Watts, I was her lover. I got killed in a car wreck about twenty years ago. Took forty forevers to make it all the way back to SoCal from Texas. But I learned a lot about ghosts on the way. First rule: Direct sunlight will dissolve you. Any hit from the sun and you are gone.”

“I thought that was vampires.” Clara said.

“Yeah, life is funny that way,” Amy said, “but death is funnier. No sunlight.”

“So,” Clara paused, “what happens if I get in the sun? I’m already dead. What happens next?”

“Get used to the idea of a vast wealth of ignorance from your fellow ghosts.” Amy said with a sigh. “The most common answer you’ll get from me is ‘I have no damn idea and no one else does either.’”

“I can’t pick things up but I can stand on the floor,” Clara said, “that doesn’t make sense.”

“You can’t pick things because you haven’t learned to manifest.” Clara said. “Watch!” She reached over and picked up the knife. “You can scare the hell out of the living if you want to, but I’d advise against it. Once they learn there’s a ghost in a house they start telling everybody who will listen. If you ever get caught on camera you’re through. Cameras can trap you inside of them and you’ll be stuck on paper until the sun gets you. Movie cameras are different. I have no damn idea why.”

“Can you teach me how to pick things up and stuff?” Clara asked.

“Yeah, but you have to have sex with me,” Amy said with a leer. “It’s hard as hell to get a date when you’re dead, and sex is one of the few things we can do that’s a hell of a lot better when you’re no longer alive. It’s more spiritual, but damn, the orgasms…”

“I, uh, I’ve never really done it with a woman before.” Clara wondered why she wasn’t blushing. “I mean, yeah, once or twice, okay, more than that, actually, but…”

“You’ve done incredible feats of sex with a half dozen different guys since I’ve been here,” Amy laughed, “and you’ve done two guys at the same time, at least twice. Oh, it’s time you asked.”

“Asked?” Clara stopped and thought. “How did I die?”

“Cocaine overdose,” Amy told her. “That stuff that George thought he hid so well that you found was pure coke, and it was laced with some very strong stuff. I heard George talking to his girlfriend about it. He was going to get her stoned as hell this weekend while you were off banging Brad at the river.”

“Why are you here?” Amy asked.

“One, I like to check on Jackie. I still love her, but I wouldn’t just show up and freak her out. So I hang around. The way I figure it, we ghosts are living on borrowed time, so to speak. Ghosts just disappear after a while, perfectly safe inside, and suddenly they’re gone. I’ve never met anyone older than a century or so.”

“There’s other ghosts?” Clara asked. “Did all of you just sit around my bedroom watching me have sex?”

“You’re the best show, by a long shot,” Amy laughed, “and there’s only four of us now, five counting you. We’re the only two chicks, by the way. Anytime George booked a flight we’d hope you bring something home rather than dining out, if you know what I mean.” And Amy winked at her. “I can’t wait. This is like going on a date with someone you’ve always wanted but never got a chance to speak to.”

Clara had to admit Amy was cute as hell. It had been a while she had been with a woman. And Amy knew a lot of things that were useful. Why the hell not? After all, Clara had to admit, being dead felt a lot freer than she thought it would. Did ghosts get to do cocaine? Clara licked her lips and Amy smiled back at her.

“Well,” Clara ventured, “not that it ever stopped me before, but I guess I’m no longer married, death til we part and all.”

There was a scream from the bedroom as Brad discovered Clara was dead.

“I hope he didn’t roll over on top of you and…” Amy began.

There was more screaming and suddenly Brad ran out of the bedroom, trying to get his clothes on and looking like, well, looking scared.

“Yep.” Clara replied. “I used to love that about him. He knew how to wake a woman up.”

“But not how to wake the dead!”  Amy laughed.

“You are not funny,” Clara said but she had to smile.

“Follow me, please,” Amy said as she started to leave.

“Cops to a death scene, cameras, open windows, open doors, sunlight, flashes going off, I rather not stick around. So very few places to stay safe.” Amy said.