Wrex came back at a time I wasn’t looking to move another dog in with me. I already had two of my own and two of my sister’s dog, and Wrex would make five, which is a lot of dog. But Wrex was my first foster dog, and I allowed him to be adopted because I wanted to prove a could foster a dog, a great dog, and let him go. And it was a mistake. For four years I wished Wrex was here and even though I put a lot of faith in the young couple who adopted him, I thought this was his home.

Apparently, Wrex agreed. After nearly four years, Wrex was returned to the Humane Society, and, of course, I agreed to foster Wrex.

With a pack of five dogs, it wasn’t a sure thing that Wrex would stay. No how much Wrex and I thought he belonged here, there were four other dogs, and one of them, Tyger Linn, has a history of anti-social behavior. I waited a full month before I legally adopted Wrex. But he slipped right into the five position with ease and grace. The little boy gets along with everyone. Wrex Wyatt, was finally home.

On March the 9th, 2018, someone tied a dog to the Humane Society building in Valdosta. I didn’t hear about it until a week later, but there was no one to foster the dog, and he was scheduled for death. I saw the photo and heard the story of how Sara, one of the hardest working people in the Humane Society had to cut him down from and take him to the shelter. Sara has been with the Humane Society for years. She has seen some shit. I though Sara deserved better than to be the person who had to do this. 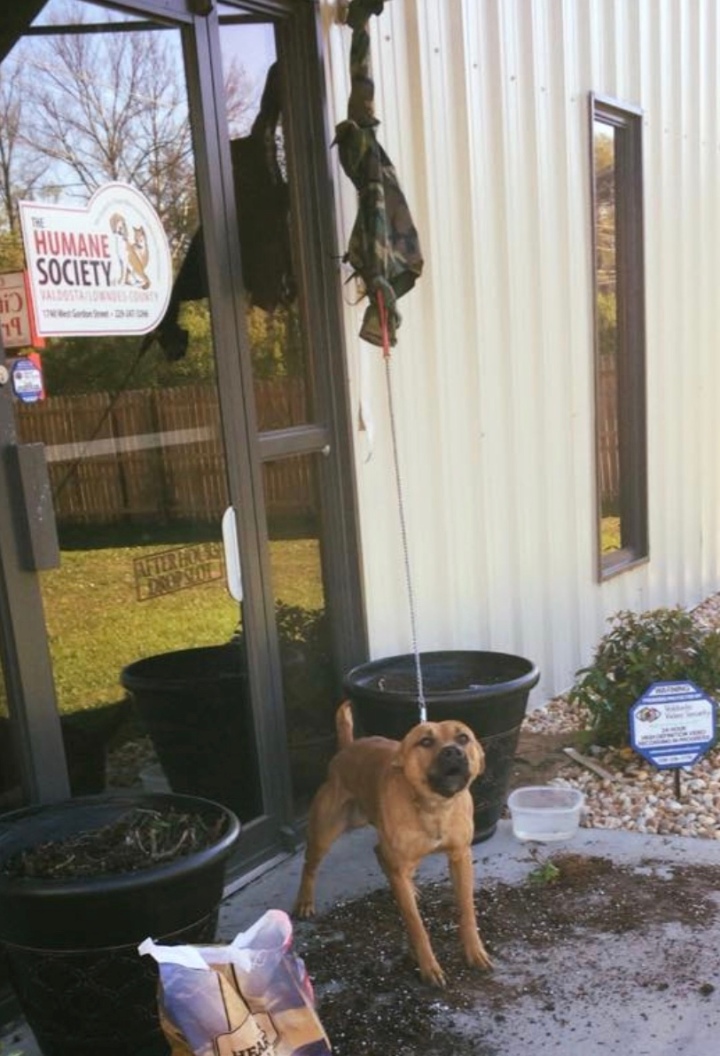 I went to see the dog at the shelter. I had to find out of there was any way at all he could be saved. He stood in his cage and barked furiously at me. But I didn’t see aggression. I didn’t see violence. I saw a terrified dog with a broken heart.

The shelter agreed to keep the dog for one more day for me. I posted on FB that if no one stepped forward, I would foster this dog, The Dog Left Hanging, and that would bring me up to having a six pack, and I started calling the dog Bud. When I picked him up they offered to get an animal control officer to help me. I refused. Bud was not violent or aggressive, I told them. He was terrified and his heart was broken.

You can see in the photo Bud is less than thrilled to be with me. But he never offered to bite me, and he never growled. When I got him home I let him have some time alone, then took him out in the yard to meet Wrex. It was like they were old friends. They chased one another in the yard, and Wrex showed Bud where the water was outside, and where the best places to pee were.

I let Lilith and Tyger Linn meet him next and it was a nonevent. Lilith Anne acted indifferent to him, and Tyger wasn’t aggressive towards him. I let all six dogs out into the yard at one time, and everyone was happy with everyone else. I had the six pack!

Of course, fate conspired against me. It was a couple of weeks before I could get Bud fixed and during that time, something very strange occurred; Lilith Anne, the Queen of all the Hickory Head Packs, started trying to play with Bud. There were other things: Bud was house trained, and he knew how to sit. He was not accustomed to being a sofa dog, but he started learning which places belonged to Lilith and Tyger. My sister took her two dogs back and that got me down to three resident dogs and Bud.

The sight of Lilith playing with another dog, something she had not done since Lucas died, did it. Bud would become Budlore Amadeus Firesmith.

In a couple of hours the adoption will be legal, and Bud will, finally, come home. 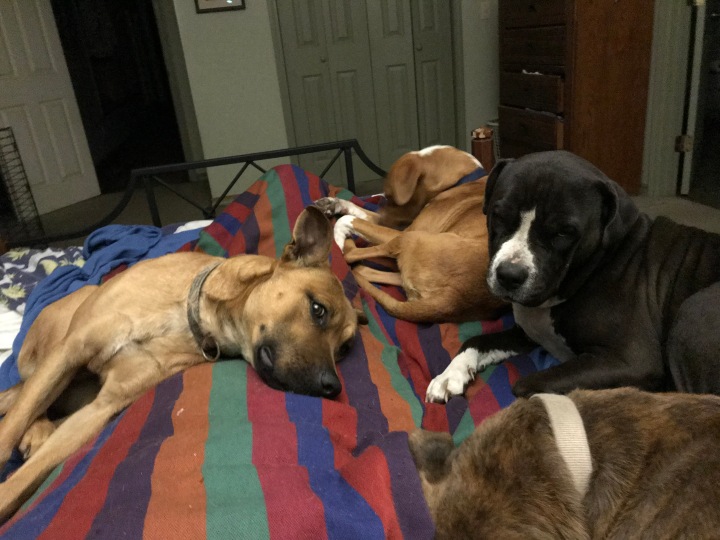 This is a text widget, which allows you to add text or HTML to your sidebar. You can use them to display text, links, images, HTML, or a combination of these. Edit them in the Widget section of the Customizer.
Loading Comments...
Comment
×
<span>%d</span> bloggers like this: